Barcelona's vision as a Smart City 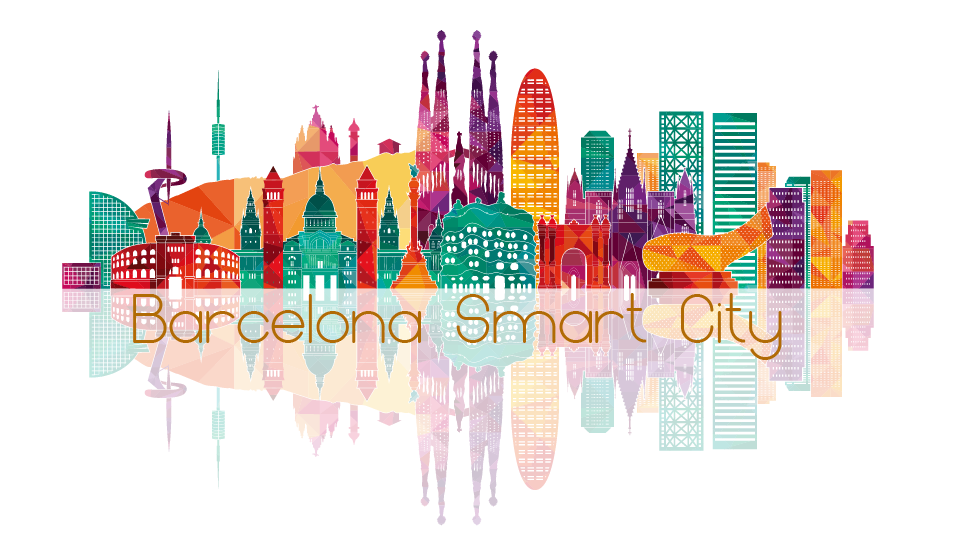 Barcelona has long been a leader in the smart city movement but the city's government has recently implemented an ambitious plan for digital transformation that will place the City Council in the vanguard of efficiency, transparency and social innovation. Barcelona smart city strategy shapes a better urban area : we give you the key points to understand what it involves for its citizens in their daily life.

What is a Smart city ?

To explain simply, a smart city is an urban area that uses different types of electronic data collection sensors to supply information which is used to manage efficiently community services. This includes data collected from citizens, devices, and assets that is processed and analyzed to monitor and handle for instance traffic and transportation systems, power plants, water supply networks or waste management. A smart city uses information and communication technology (ICT) and the loT (Internet of Things), an ecosystem of various physical devices that are interconnected with each other to optimize the efficiency of city services. This allows city officials to interact directly with both community and city infrastructure and to monitor what is happening in the city and how the city is evolving.

Sentilo : a network of sensors that analyzes all the city ! 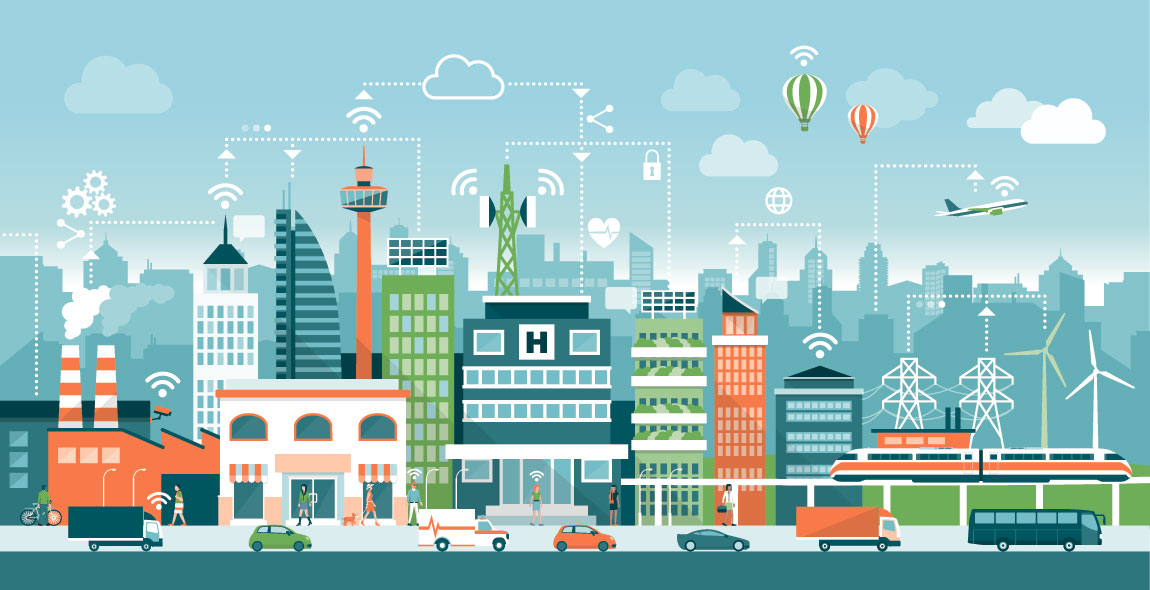 Barcelona has a dense network of sensors, called Sentilo, which compiles city data from a wide variety of sources, something which has made the city a leading figure in the global smart-city ecosystem and provides real-time information on the state of the city. Parking Spaces: the city embedded underneath the asphalt a sensor system that identify the available parking spaces and notify the drivers. This program helps to reduce emissions and congestion while drivers save time when they want to park. 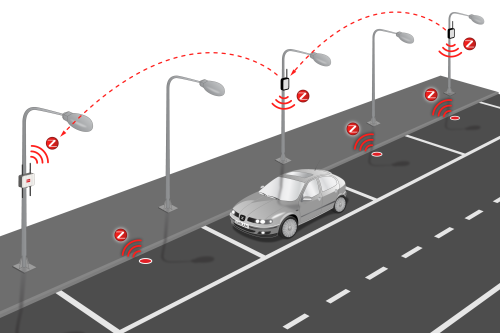 Street lights: a LED based lighting system is used to reduce light consumption. This system is more energy efficient as it adjust lighting based on the presence of people and the time of delay . A central unit in the street enables lights to communicate and this unit also manages various other services like electric vehicle recharging stations, Wi-Fi, and fiber-optic cabling to the home. Noise sensors: Barcelona is a noisy city because of its large avenues. Noise sensors allow the inhabitants to measure the level of noise and to take necessary action when the noise levels exceed the recommendations of the WHO (World Health Organization). Other sensors collect data on pollution, humidity and temperature which allows for instance the city to adapt the watering in public spaces depending on the rain. Even more striking, there are now sensors on the bins that enable the city to detect the level of waste that comes from different places and optimize the collection of waste. The knowledge given by the sensor network helps the City Council to make better decisions about public services and infrastructures optimizing their organization and their cost.  This clearly improves the functioning of the city and the residents’ well-being. 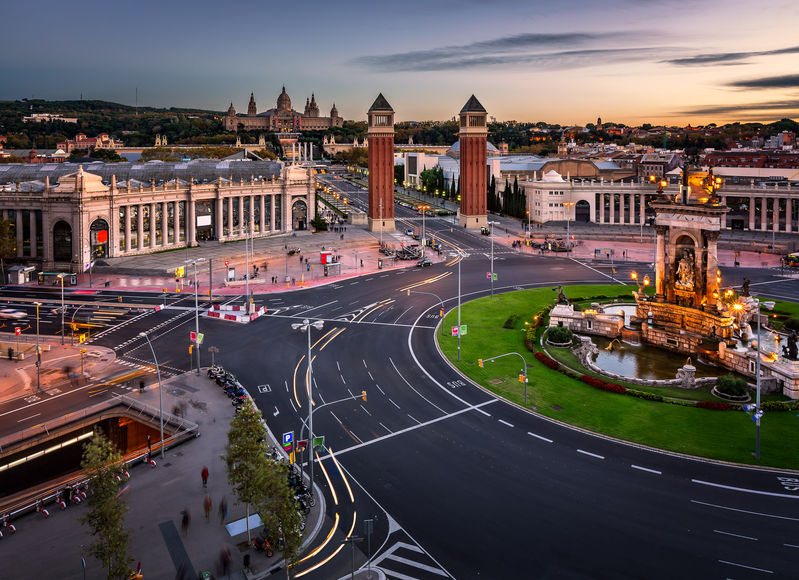 Barcelona has integrated the fight against global warming into its smart city strategy to improve its citizens’ quality of life. In that purpose, the city has developed a large and efficient public transport network, and created more pedestrian areas. The first stage of this policy has begun with the “Superblocks Program 2016-2019” which pilot project is located in Poblenou and consists in reducing the use of cars so as to favor pedestrian surface, bicycle lanes and network of fast bus lanes. The roads within the Poblenou Superblock have been transformed to be used by pedestrians and bikes only. Now this neighborhood is renowned for its lively streets and its peaceful atmosphere. 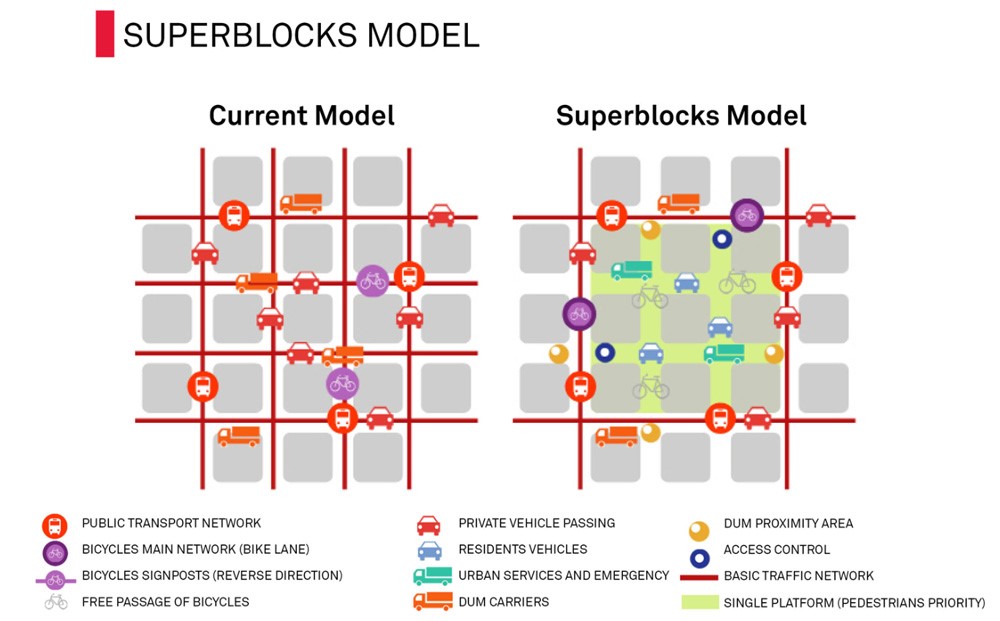 Secondly the transport system of Barcelona (TMB) has integrated a new orthogonal bus network, making it more frequent, easier to use, and faster. The bus transit system helps decreasing emissions using hybrid buses and solar panels in bus shelters. Soft modes of transport are of course encouraged, like Bicing, the city bike system only used by Barcelona residents, that helps reducing circulation and pollution. To go further, a new T-Mobilitat tranport tickets will provide Barcelona City Council with the return and use of data generated by city residents when they use public transport. This information will help improving public transport policies based on greater knowledge of city-resident mobility. 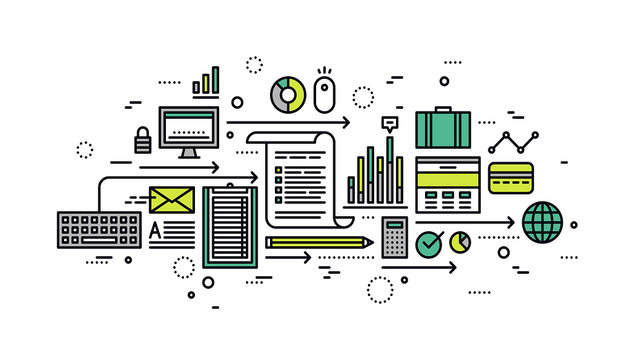 At this stage you certainly wonder to whom belong all the data collected from the sensor networks. Well, the City Council is working to have an entire sovereignty over the data and to less depend on foreign providers, renegotiating its different contracts with them. As data is a prime asset in the knowledge society, Barcelona opens up its urban network of sensors to public experimentation, by offering data to the general public through an Open Data Portal. Barcelona puts citizens at the head of its new smart city strategy :  the use of data has to provide better and more affordable services as well as make government more transparent, participative and effective. The strategy consists in expanding the social beneficial  uses of data, while guaranteeing data sovereignty, ethic and privacy. 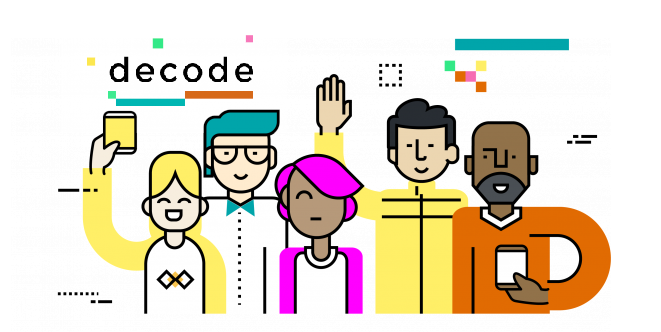 With this is mind, the City Council works alongside a group of 14 European city, to defend the importance of e-democracy through the DECODE initiative. This project aims to promote a vision of data as a common asset and to empower the general public with an infrastructure that provides it with control over how the data is used. Concrete initiatives are creating hardware, software and business models to take on the quasi-monopolies being promoted through centralized foreign web services. For instance, the City Council is opting for the use of open-code technologies, publishing its software in public repositories with permissive licenses so that third parties can use it whether they be other public administrations, companies or individuals. It wants to stimulate local initiatives giving companies the tools and knowledge needed to spread their business. With this new strategy the Catalan capital proves that it is able to find efficient and sustainable solutions to optimize the functioning of the city. Barcelona is a wide urban area, and the City Council works to improve the well being of its citizens to create a better place to live.