After a life changing crisis Judith Lynne decided to leave her well known habitat in Denmark and pursue her dream of living in Spain, here she discovered the joy of giving and began to support the local animal shelters. Here’s her story on how she devoted her life to help the animals. 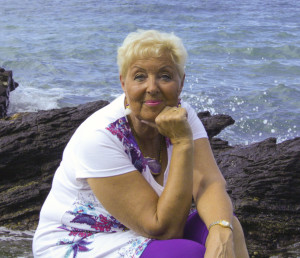 ”And there I was, suddenly all by myself as if the ”gold carpet” was ripped from underneath my feet”, Judith Lynne. Judith Lynne lived a joyful life in Denmark with her husband but one morning after 23 years of mornings together the unthinkable and worst possible thing happened, Judith’s husband didn’t wake up. No sickness, no indisposition, no possible warning that could have changed the outcome. Only 60 years old and he just didn’t wake up. Judith went into a chock and didn’t know where to go from here, she felt like if someone had pulled out the carpet underneath her and her comfort zone was suddenly gone. After a while in sorrow Judith made the decision to realize a lifelong dream of leaving Denmark and move to a sunnier and warmer climate. So she chose Benalmádena Costa in Spain. 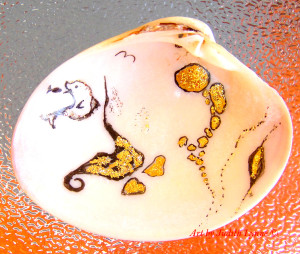 “I guess it felt natural to pick things up during a walk on the beach, so I did” Judith Lynne. She spent a lot of time walking down beaches in her new hometown; here she collected different types of seashells. Judith had in her past been very creative so she started painting and gluing in the small shells, creating small pieces of art. In the beginning she just kept them for herself and had them display on shelves, till one of her friends told her she should try and sell them. While she was now living in Spain she wanted to give something back to the Spanish community, she felt as if she needed to do something for her new country, so she decided to spend the entire income from the sale of the shells to buy supplies like food, blankets, gift cards for the vet and cleaning devices for the local animal shelters. 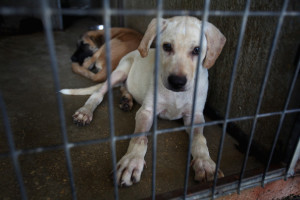 The number of abandoned and homeless animals in Europe is estimated to be around 100 million. It’s hard to find the exact number because there’s no registry (obviously) on most of the stray animals. But in Spain there are estimated to be 800.000 stray dogs, but still the numbers are inconclusive. Even though the animal shelters work 24 hours pr. day taking care of the animals, trying to find new owners and families, they still receive neglected animals every day and night, so the clinics are overcrowded. They don’t have enough resources to take care of them all and the money is short when there is no state or government support. Some of the reasons why these animals are abandoned are because people don’t realize how much work and money you need to put in an animal every day. Some can’t afford keeping their beloved pets or otherwise they don’t get the animals neutered so they multiply uncontrollable leaving the problem even bigger. The animal shelters in Spain rely on private donations as they are not funded or supported by public institutions. Even though the Shelter’s find new and loving homes for most of the animals, cats and dogs are thrown away like trash every day and the shelters are again in need for help and support. 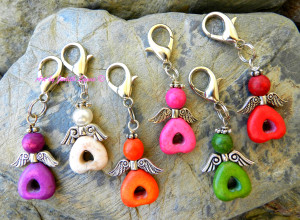 More ideas and creative art pieces has developed through the years and she is now a local known artist with success! Especially her keychains, the small “guardian angels” has become very popular and are sold all over the world. Coincidence? I don’t think so. These guardian angels represent not only Judith’s nonprofit organization “AnAngel” but also the purity of good deeds and faith to humanity! Judith loves living in Spain and she is grateful for the gracious people she has met along the way. ”I really enjoy to be creative and it is an even greater joy to help those who cannot ask for help by themselves” Juddith Lynne. Juddith has now been living in Spain for 8 years and is the founder of the nonprofit organization “AnAngel”, she even adopted a gorgeous kitten from one of the shelters she’s supporting! 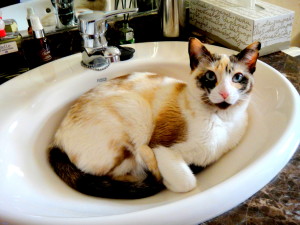 Remember it doesn’t matter who you are or where you are, if you’re big or small, help is well appreciated everywhere and you’re the only one who stands in the way of your dreams! If you know any nonprofit organizations like “AnAngel” please do drop a comment below!