What is Sustainable Urbanism?

Sustainable Urbanism is nothing more than a fancy word to describe an eco-friendly city. Sustainable Urbanism in Barcelona is a topic that people are finally taking seriously. Ever since the announcement of greenhouse gases and damaging CO2 emissions, Sustainability has become a never-ending craze. We are consistently trying to save and prolong the planet for the future generation (and so we should!).

The world is going to end!!

We are constantly being drilled with this idea that the world is going to crumble to its’ core. Perhaps, the media over-exaggerates (hence, the picture below), but it shouldn’t be overlooked. After all, the people that believe Global Warming is a lie also believe that the world is flat. 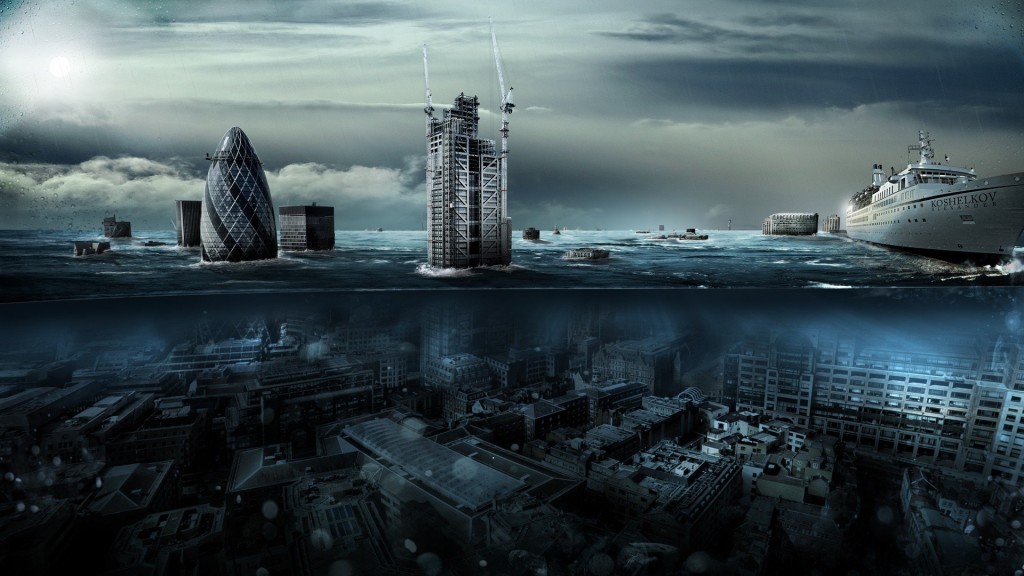 Climate change, waste patches, toxic plastics, and the overuse of water is becoming an increasing concern to the environment. The ice caps are melting, animals are becoming extinct, garbage circles are found everywhere in our oceans and plastic is STILL being manufactured. When will we learn to change our ways? We need to embrace the latest innovations, and adapt them into society. 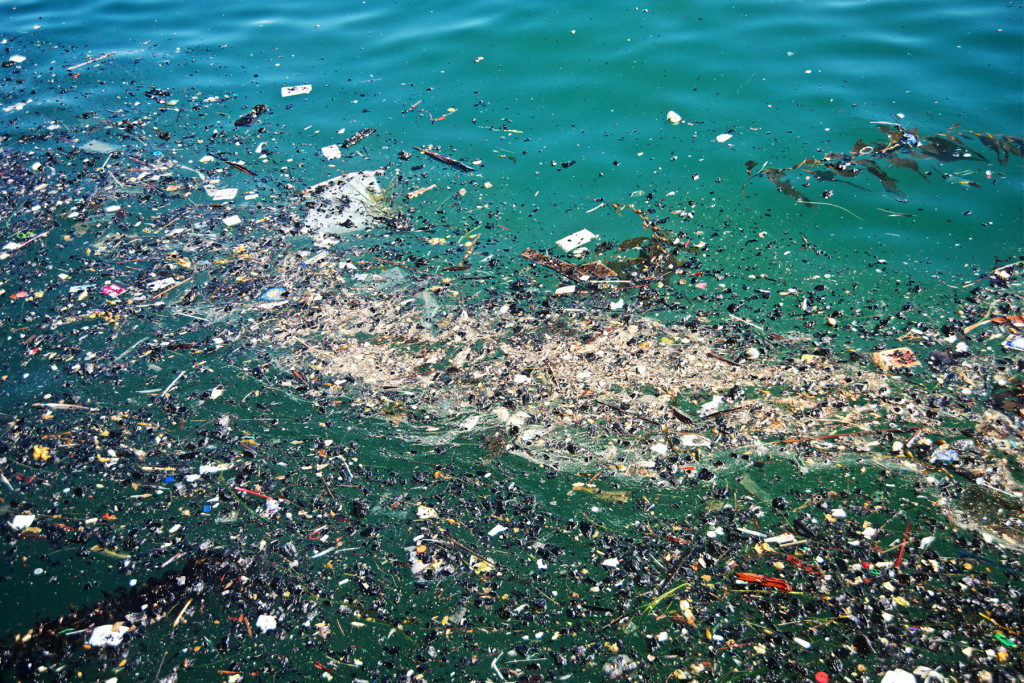 Barcelona as an "eco-city"

Sustainable Urbanism in Barcelona has been improving. Recently, they announced that they may try to cap tourism in order to minimise some of its’  negative impacts on the city. Quite a few companies have started to introduce policies and ideas to comply with the newly created notion “Green Tourism”. Within the Urban Mobility Plan of Barcelona 2013-2018, they have also created some restrictive measures on private vehicles, such as increased prices of parking meters. However, there are more effective innovations that could help eliminate the issues that exist within the environment. For example, Barcelona has adopted the recent idea which is to create a "Vertical Garden" as a way to optimise the carbon footprint offset of the city. As well as this, vertical gardens provide a way to reduce the amount of fruits and vegetables that we outsource  from other countries (through planting local produce). This piece of architecture in Barcelona  is called the "Green Side Wall" and it was designed by Capella Garcia Arquitectura. 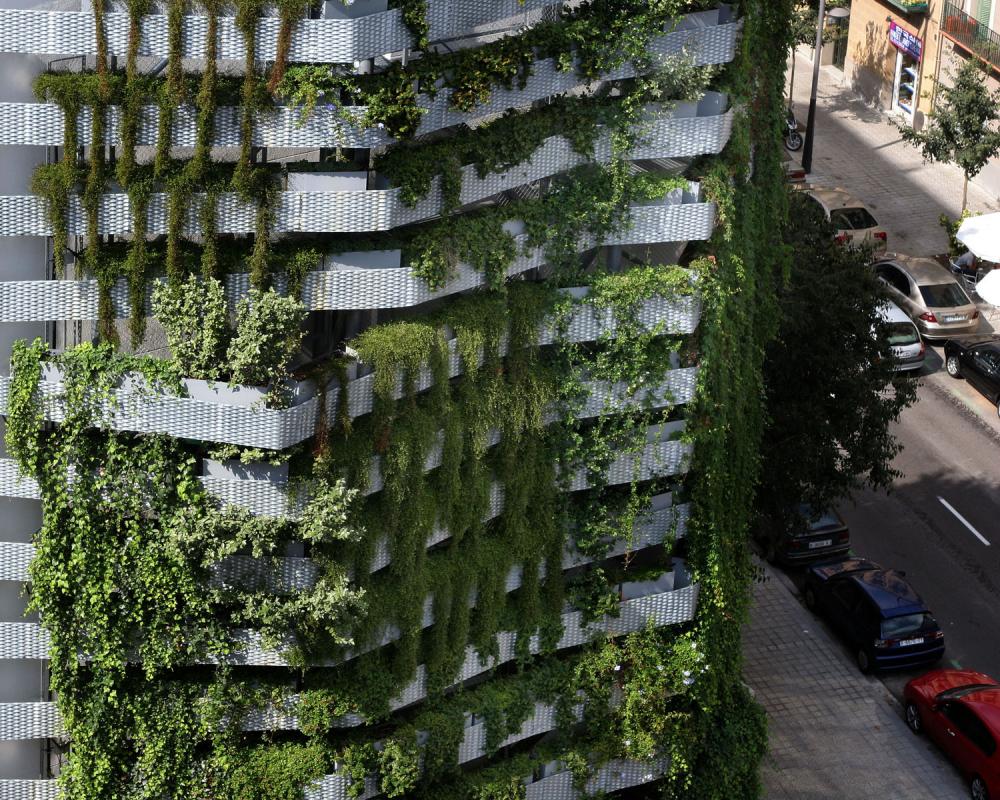 But, given Barcelona's excessive use in motorbikes to get from A to B, there needs to be many more vertical gardens to offset those carbon emissions!  In fact, in China they have just recently invented a bicycle that filters dirty air as you ride to and fro. This would be perfect to offset the carbon footprint that an urban city creates on its’ day to day basis. On the subject of bicycles, Bicing was introduced in 2007, and now has over 450 stations in the city.  People can collect bicycles from these stations to ride to and from work/studies/shops. It has been very successful in terms of getting more people to use bicycles as their first mode of transport. The only issue is that Barcelona needs to become more pedestrian friendly in order to fully embrace the notion of an "emission free" city. A new pedestrian friendly project "Superblock" has been approved by the government, but we are still waiting on the official starting date. It was supposed to start in 2017, but it is becoming more probable that it will begin during the beginnings of 2018. The idea is to increase the green space in Barcelona, and minimise the traffic congestion. This would mean that no vehicles would be permitted into the area unless it is for deliveries for local businesses. 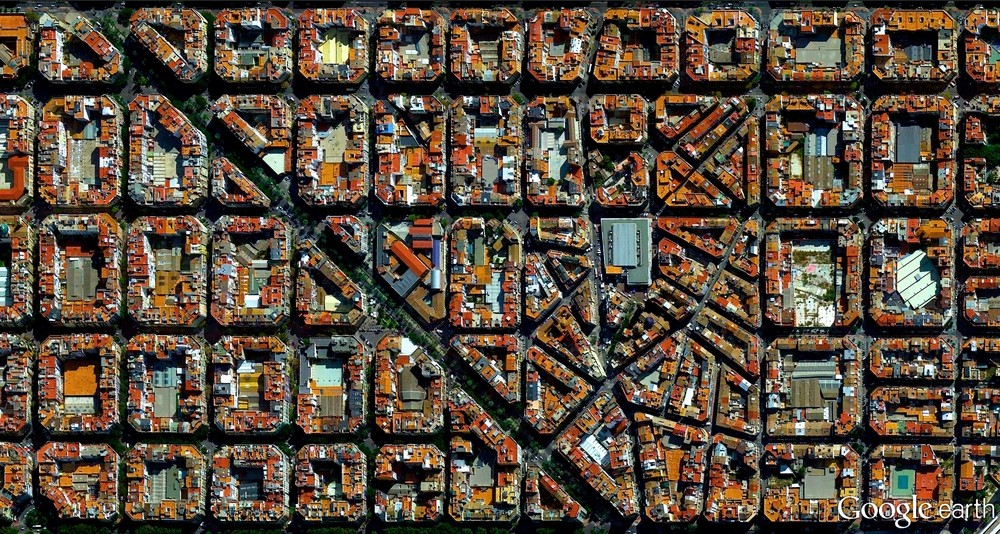 Barcelona should continue to implement different urban mobility policies, in order to increase its' chances of being the next up and coming eco-city. However, Barcelona also needs the help of its' citizens, our homes need to be more sustainable in order to become a more eco-friendly city. Some people are already embracing the need for eco-friendly houses in Barcelona. For example, this gorgeous Catalan Hotel, which pride themselves in Sustainable Living. 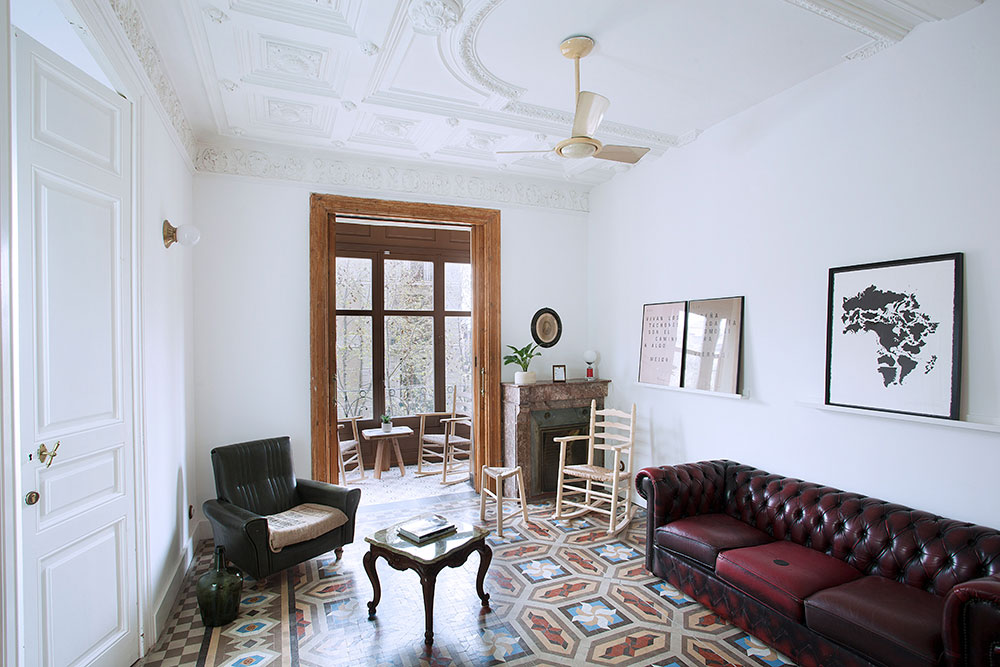 Videos of innovative designs are always being shared across social networking portals such as Facebook and Twitter. This section will show you a few of the MOST incredible ideas to build a more sustainable urban city. 1. Have you ever heard of Solar Panel Roadways? This is a new concept which could potentially change the “Urban City” forever. Imagine if we could change all of Barcelona’s road surfaces to solar panels? With the quantity of road space available, we could power the whole city. https://www.youtube.com/watch?v=qlTA3rnpgzU&t=331s 2. Plastic has been an issue ever since its' creation. However,  there have been different ideas to re-use/recycle it; using the plastic for insulation in buildings, plastic currency (the coins have just been made official in the North of Amsterdam), and plastic road surfaces.  Did you know? There is even a type of caterpillar that eats plastic... This means we finally have some kind of solution to eliminate the world's waste. 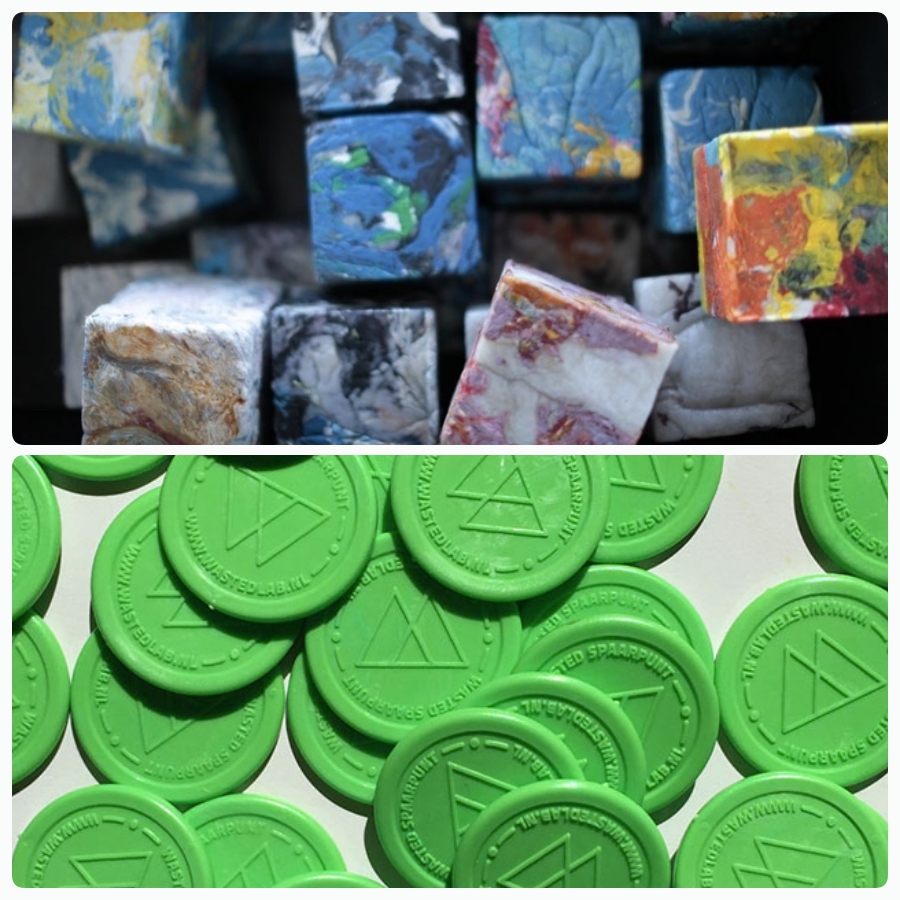 3. "Smart Street Lighting System" -  A smart networking system of lamp posts that have sensors that can analyse the quality of the air in order to control the amount of traffic in the city. The sensors also allow them to save more energy, dimming lights where necessary in quiet areas. 4. There are loads of different bicycle innovations, however, this next one is making cycling more appealing to the working man. Renewable-battery powered bicycles that charge when you break or as you go down hills. This means that you would be able to cycle to work without breaking a sweat. HALLELUJAH. 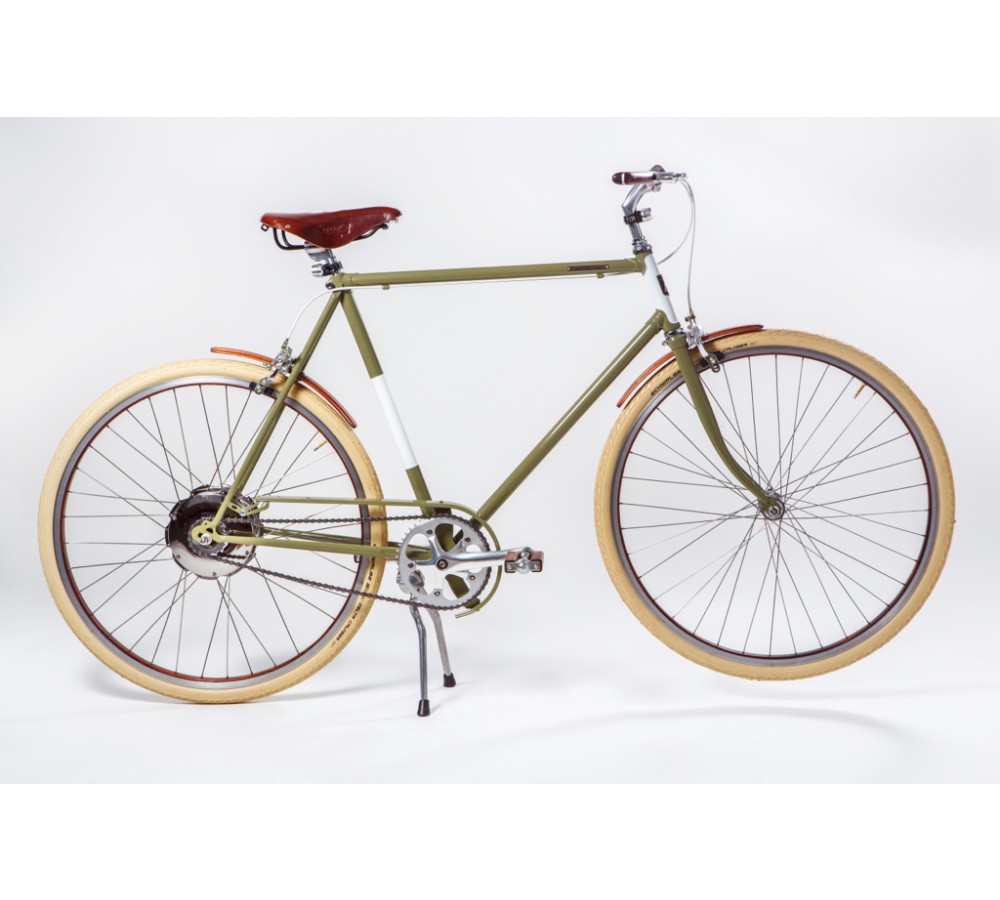 5. The research behind BioFuels are improving day by day. They have even found a way to power a car with WATER. Within the next 20 years, it is possible that we could all switch to a more sustainable fuel other than Petroleum and Diesel. These concepts have been based on the “big picture”, but what kind of eco-friendly innovations can we include in our home design. There are a number of cool interior designs that take into account the need to be more eco-friendly.

We would love to hear about any other cool inventions that you have seen, or whether you know of any other projects in Barcelona related to Sustainable Urbanism,