Barcelona Bikes: Too Cool for School? Then you need a Fixed Gear Bike!

You might have noticed that Bikes in Barcelona are a very popular way to get around and as fashion is a top priority around here in all facets of life, Fixed gear bikes are becoming more and more common on the streets. The Fixie Barcelona movement is spreading its roots and all you have to do is look around and you'll notice these special creations (part retro / part modern) zooming like the wind (and sans breaks!) through our urban  landscape.

What is a  Fixed Gear Bike?

Barcelona Bikes come in all shapes and sizes.  A fixed gear bike (often referred to colloquially as a Fixie) is a bike with no breaks and with just one gear. Well... there is one way to slow down: with the pedals. You can pedal backward with a fixie so if you stop the pedals in a sharp hit, you're going to skid from the rear wheel (you might remember this from the bikes of your childhood). You also can slow down regularly by forcing softly backwards on the pedals. As these bikes are literally made for speed, it seems slightly crazy that they do not have 'normal' breaks. Fixed bikes are also sometimes amazingly used as trial bikes. In Barcelona the craziest of the crazies doing Trial is Chris Akrigg. In this video, he flies threw the urban landscape like no other.

Fixed gear finds its roots in the track-bike, designed especially for racing on a velodrome. They were designed first for being light, aerodynamic and mechanically simple. After that, fixed gear bikes were quickly adopted by bicycle messengers in big cities in order to make extra quick deliveries. Today, these racing bikes have become very popular in urban atmospheres with cool designs and a hipster following and are the new generation of the Barcelona bikes. A New Subculture is Born! This exploding movement creates a subculture where riders are experiencing an alternative way of moving from point A to point B. Freedom, self-expression, risk, customization, even more customization, self identity and above all care-free good times, is more or less the embodiment of the Fixie subculture. Races or free rides  are organized in cities all over the world and, in Barcelona, there is a healthy and growing movement of fixed gear riders. You can't get much better of a climate, and free rides can be extraordinarily beautiful and cathartic.

With the Fixed gear movement, Barcelona fixed gear shops are more and more common in the city. Here are some great Barcelona bikes shops. The shops also organize some races and free rides that garner a lot of passionate, talented and nice people from different countries. 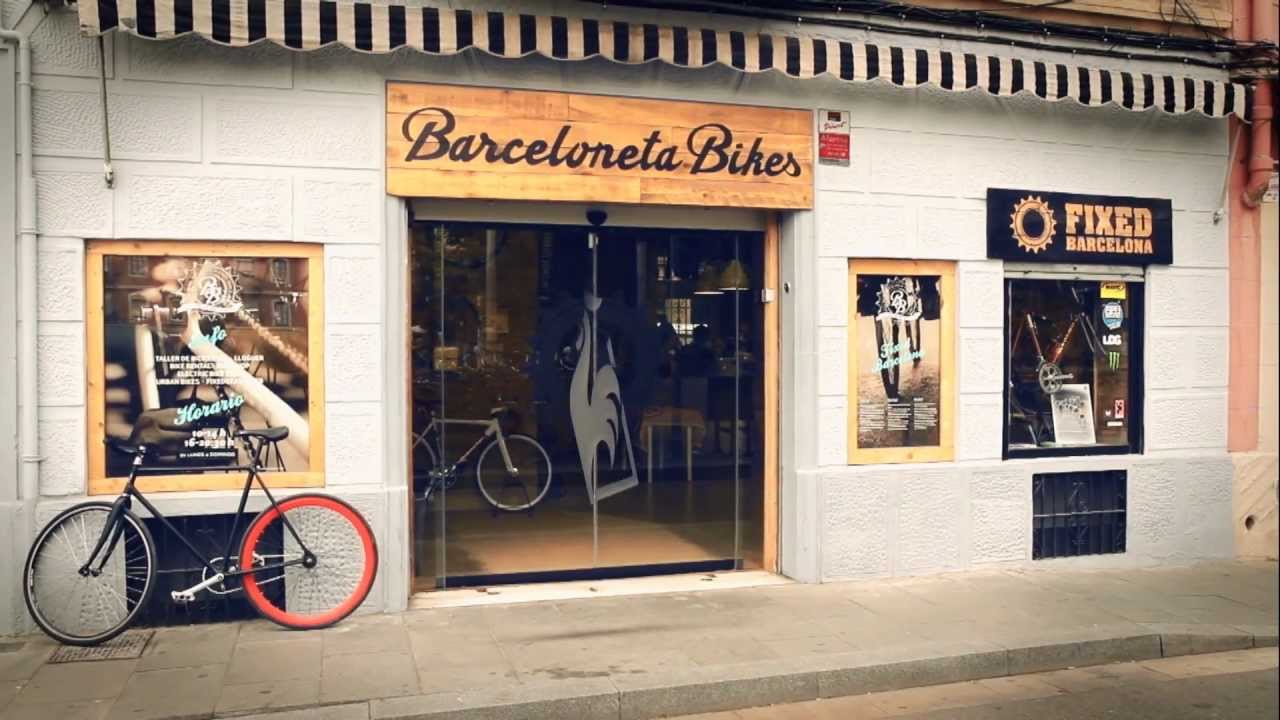 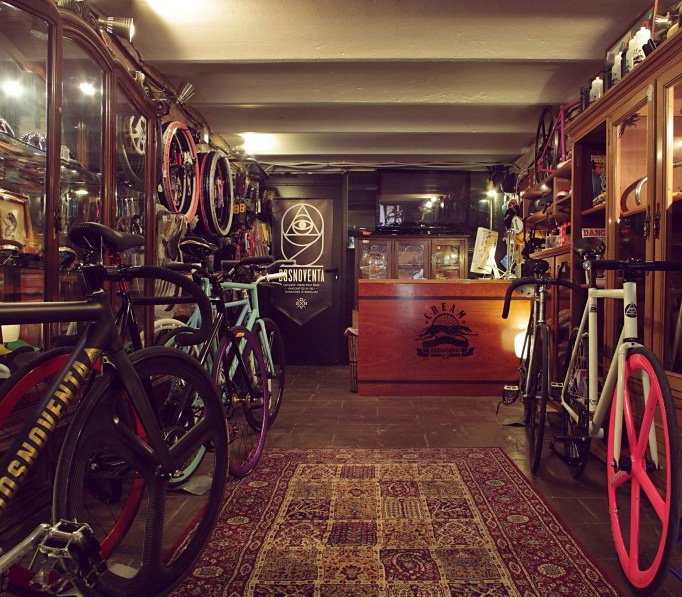 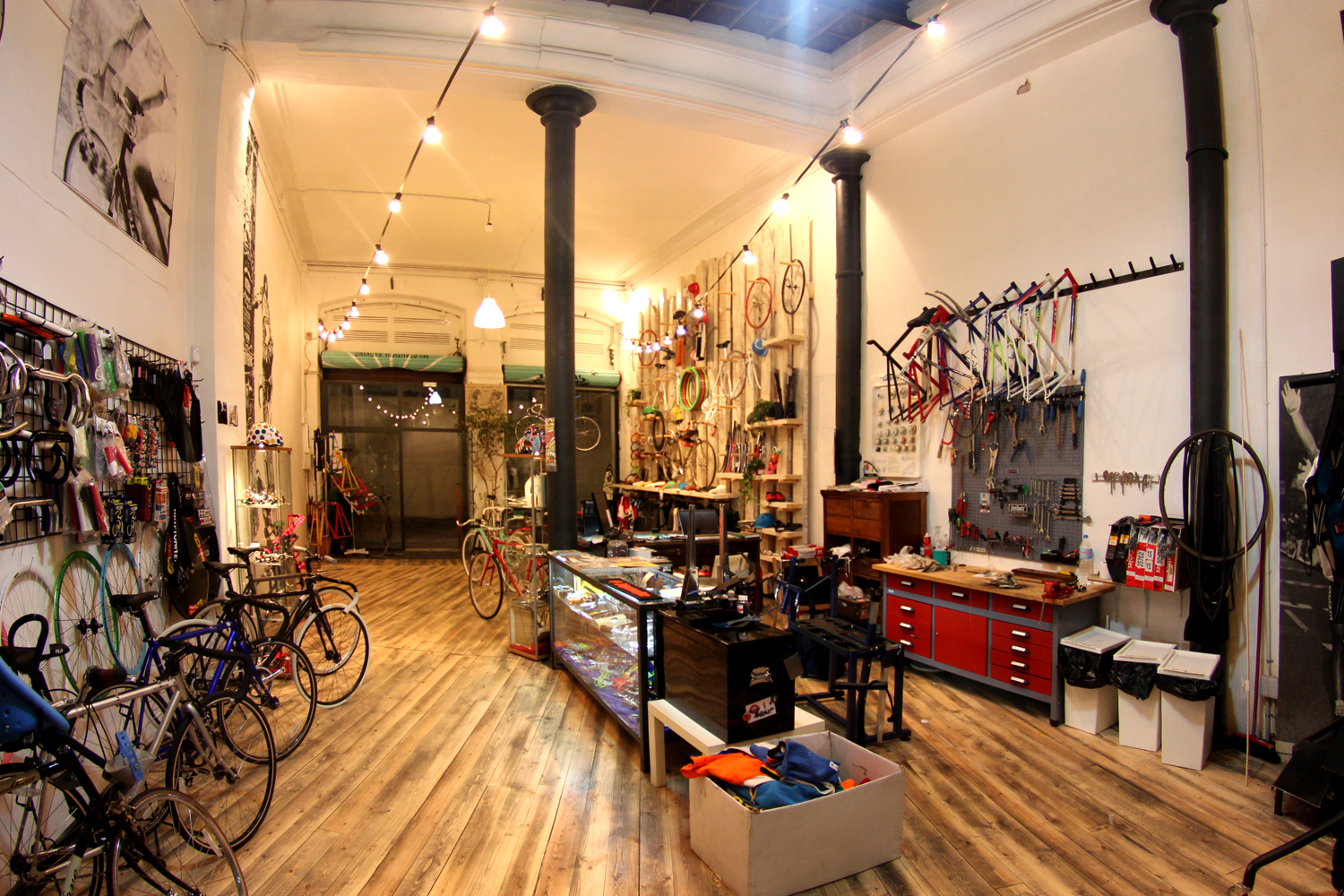 Fixed gears are the new generation of Barcelona bikes as they are a mix between transportation, art and lifestyle. In Barcelona the movement is exploding. Fixed gear fiends move fast around the city, without breaks, rarely stopping at stop signs and locking up the back wheel and skidding when they need to stop quickly. Some of the people see that as dangerous and some see it as a new way of life... What do you think about this? Are you a part of the Fixie movement? Would you like to try it? Check these links if you want to rent a bike in Barcelona, or if you would prefer to use the Bicing Barcelona renting system. Enjoy the ride! Hugo