Catalunya is a fascinating region that offers beautiful historical and natural sites so if you live in Barcelona you must plan every now and then a day trip to visit those wonderful places. Today, for our day trip from Barcelona we take you to Tarragona, back to Ancient times !

Walking on the Roman footsteps

Just one hour away from Barcelona, Tarragona was founded before the 5TH century BC by the Romans and first called Tarraco. During the Roman Republic, the city was fortified and much enlarged to be converted into a fortress and arsenal against the Carthaginians. The Roman ruins seem to whisper old tales, creating a very unique atmosphere. The first site we visited was the impressive UNESCO listed Roman Amphitheatre. Facing the sea and illuminated by the sun, it used to welcome 15 000 spectators. Its good conservation status allows you to imagine the spectators roaring for blood during the gladiator battles, grrr ! 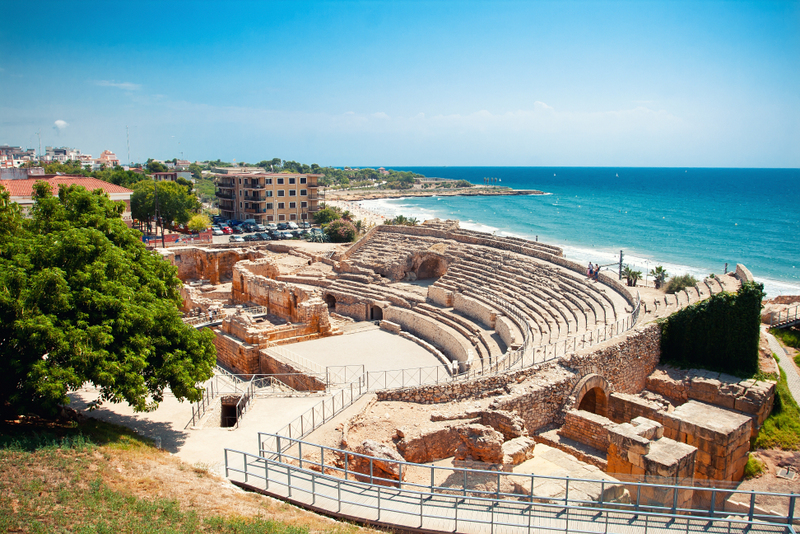 The city also had a centrally located circus of which you can see some well-preserved remains. The Praetorium is a Roman tower that used to have the stairs that connected the lower city to the provincial forum by way of the circus, using underground passageways.

We got up onto the original Roman walls and took a tour of the ramparts where we had a beautiful view on the west side of the city.  To complete your visit, we advise you to go to the National Archaeological museum which has a rich assortment of Roman sculpture, ceramics, clothing, coin and  everyday household items.

The spiritual heart of the city

The Cathedral of Santa Maria, currently a catholic church is located in a site previously occupied by a Temple dedicated to Augustus. Crowning on the highest point of the city, the place is worth to visit. The main facade shows the Gothic style, with a very large rose window that is very beautiful. The inside is even more stunning, especially the Romanesque style cloister that left us with our jaws on the floor. Then you must go on the top of the cathedral to overlook the whole city. 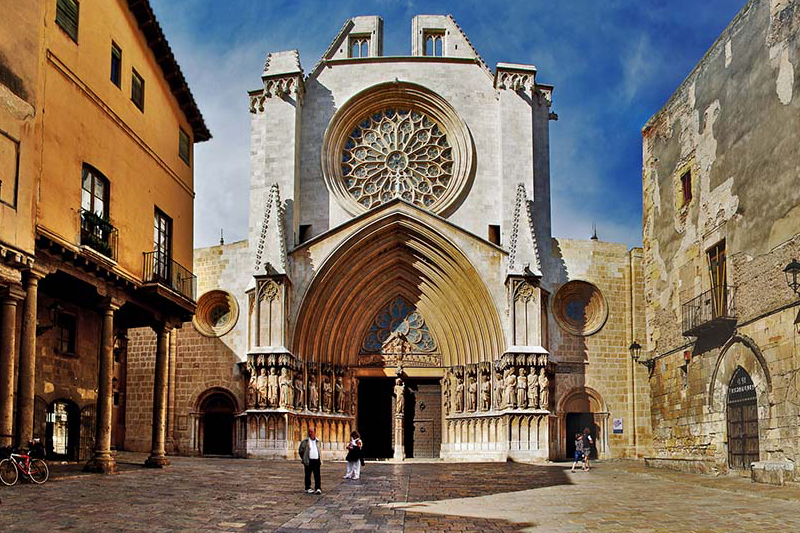 Put down the maps !

After visiting Tarragona Cathedral we decided to put down the maps and get lost in the labyrinth of alleyways, Roman ruins and artisan shops. The old center is romantic and lovely with its colored modernist buildings and decrepit ones, the mixt of different architecture periods gives an incredible charm to the city.

Don’t miss the Pilon’s Street where the pilon are painted in different funny ways! There are plenty of bars and restaurants where you can sit and enjoy very good Catalan dishes. But if you feel like eating fresh fish, you must go to Serallo, the former fishery district where there are restaurants offering tasty fish dishes.

Tarragona is surrounded by beautiful beaches, so prepare your sunscreen! Platja Arrabassada is the closest to the city center, a 5 minute bus ride or a 30 minute stroll. We advise you Platja Larga , where there is a long sandy stretch from which you can begin a forest coastal walk through the El Bosque de la Marquesa , to join secluded beaches such as the famous Waikiki beach. 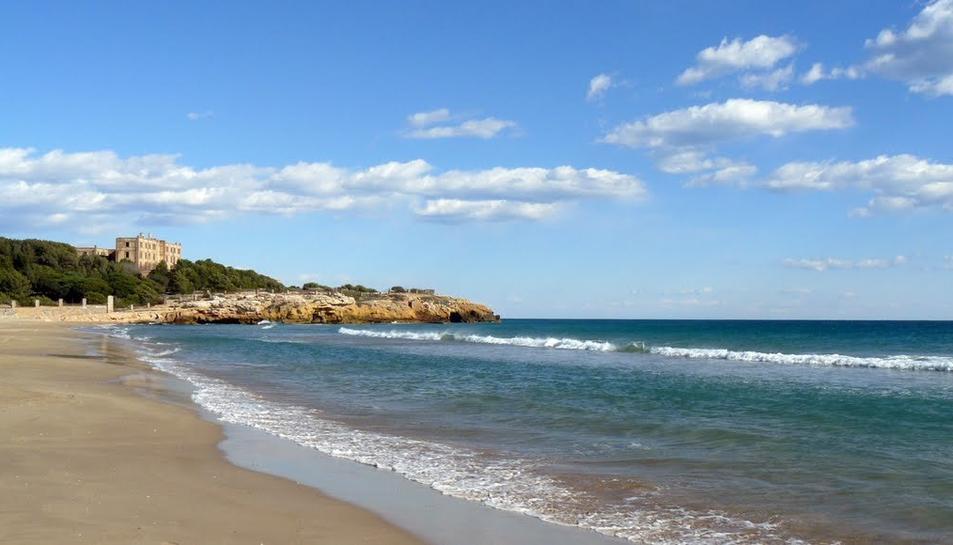 If you have time, located 4 km north of the city, the Les Ferreres Aqueduct, is another worth to see Roman ruins, listed in the UNESCO World Heritage. Nicknamed “Pont del Diable” (Devil’s bridge), the  legend says it was built by the devil after he won the soul of a maiden in a bet. 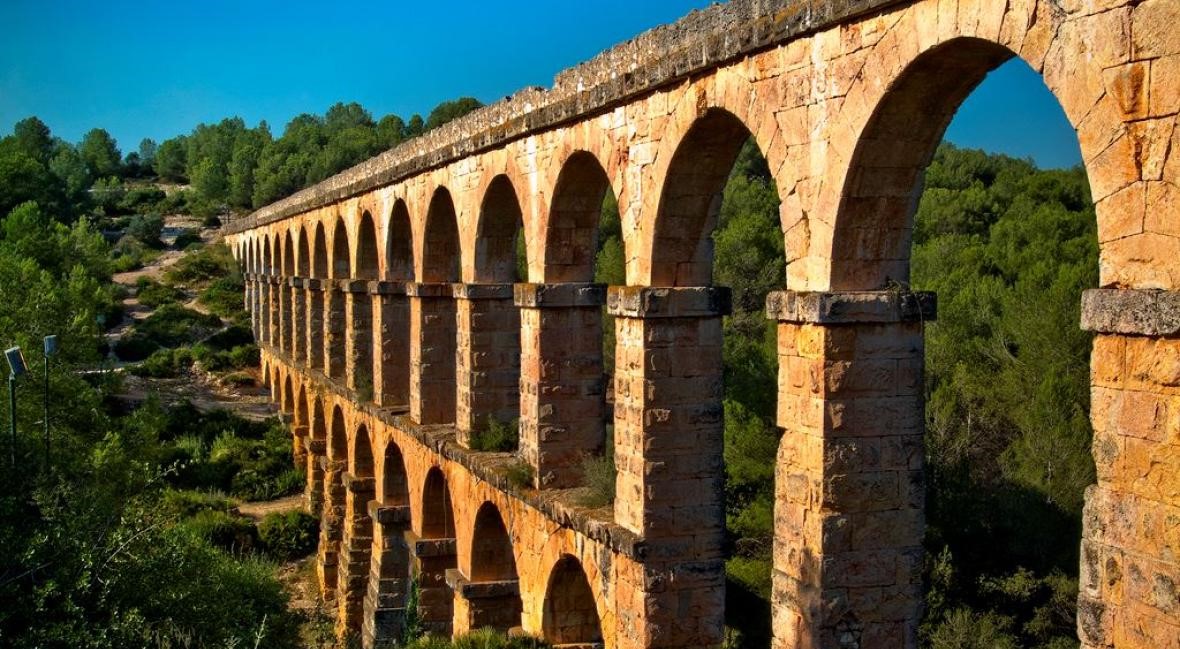 How to get there ?

It’s very easy to get to Tarragona from Barcelona. We took the RENFE train from Barcelona Sants Estacio and we arrived in Tarragona one hour later. The cost is between €8 and €20 depending on what time you travel. Of course you can also drive there by car or take the bus, it’s up to you ! We hope that this article made you want to visit this wonderful city and we would be glad to hear about your day trip experience ! If you have any questions or comments we’d love to hear from you in the comments!