From chairs to lollipops to opera singers - Barcelona created more than just La Ramblas. For you we found the Top 10 things and people made in Barcelona that make all of our lifes so much better.

Enric Bernat the inventor of the "bonbon with a stick" first got the idea when he heard a mother cursing as her child got sticky hands from melting sweets. In his opinion back then sweets were not designed with the main consumers in mind who obviously were children. So in 1958 he started to produce striped bonbons on wooden sticks for one peseta each. The newly founded Chupa Chups company soon became a complete success and within five years the sweets were being sold at 300.000 outlets. Since then the company has grown and grown and is making millions of Euros of profit every year. An additional fun fact you might want to know is that the surrealist painter Salvador Dalí himself designed the logo of the lollipops made in Barcelona. 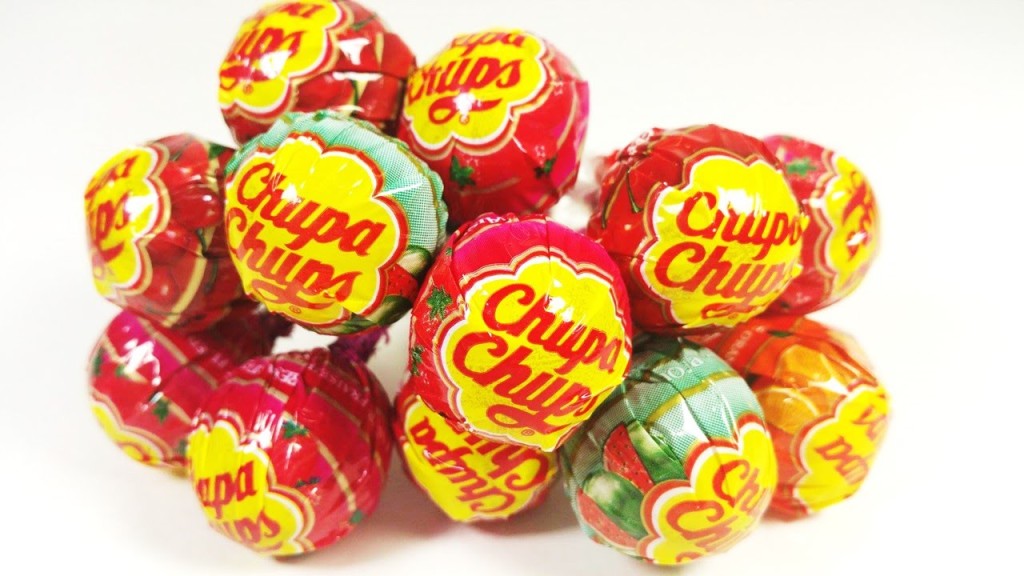 As colourful and diverse as the city itself is the design of the clothes of the brand Desigual. Founded in Barcelona in 1984 by the Swiss businessman Thomas Meyer the company represents a philosophy of positivity, tolerance and fun. The clothing brand is known for its asymmetrical patchwork designs, graffiti art, intense prints and the many many colours. Matching with their philosophy Desigual uses marketing concepts like Magic Stories, Wow, Life is cool and All Together. So for your next shopping trip absolutely keep Desigual in mind it's worth it.

Everybody knows the horrors of bad breath or coughing attacks right? A Made in Barcelona solution to these problems was born in the Grácia district in 1906. The inventor of the tiny pastilles was the pharmacist Manuel Juanola Reixach who started to produce them in his pharmacy on the basis of his own special formula. The rhomboid shaped mints alleviate the cough, clear the voice and refresh the mouth. But be careful when you want to share them with a friend they will always end up with a handful because Juanola Mints never come alone. 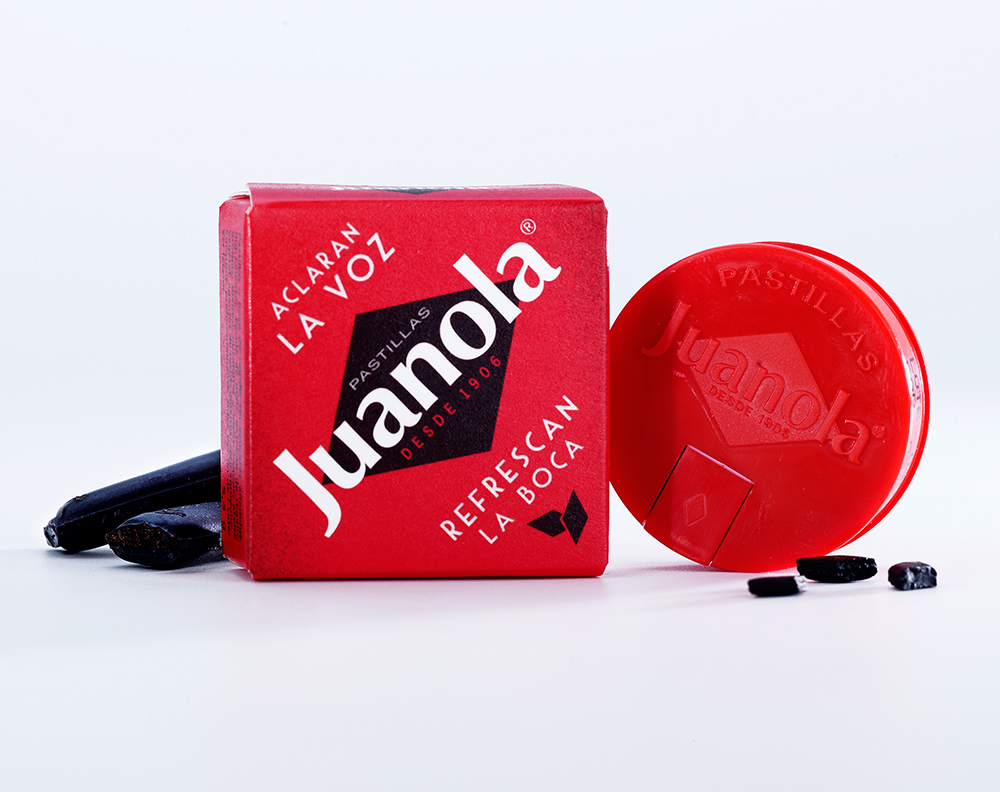 4. The Street Artist Band "Made in Barcelona"

In Barcelona you can easily run into street artists at every corner. They fill the streets with music and help the city to its happy and easy-going atmosphere. As most of the bands and singers are remarkably accomplished you should always take some time to listen to their music at the big plazas as well as in tiny alleyways. One of those iconic bands is the "Made in Barcelona" which has been performing in the same spot at the Barcelona Pier since their foundation in 2007. The group is composed of musicians from Cuba, France, Argentina, Spain, Mexico, Colombia and Uruguay. Together they create a comical, explosive and original show of Latin music in the streets of Barcelona. The artists are also part of other bands and several popular music projects all over the world, including collaborations with musicians like Manu Chao. So to listen to some really good latin music go and find the band at their usual spot - as long as they are not traveling the world right now. 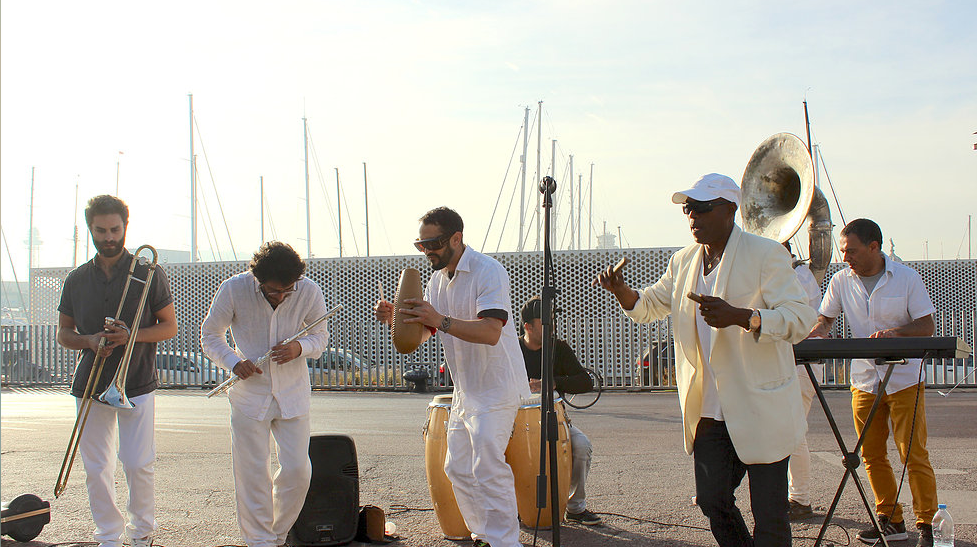 Even though the name itself might not ring a bell the Bonamusa chair is used everywhere. It originally was designed by Antoni Bonamusa in Barcelona so that all the UN delegates could sit in the Human Rights and Alliance of Civilizations Room in Geneva. It is a chair with a joining system for easy application, stacking or transport which is ideal for multi-use rooms. Even though it is not the best looking piece of furniture you have to admit it's just so practical.

One thing that absolutely deserves to be called Made in Barcelona is the popular ball-shaped tapa originally from the district of Barceloneta. Even though the name sounds a bit scary the only things that are exploding here are your taste buds. As Barceloneta was the area most heavily bombed during the Civil War the title fits quite well. The tapa is a spicy potato-meat ball often served with aioli and hot sauße. When times were a little less politically correct you could order the bomb in three variations of spiciness: the macho man, the queer and the lady. 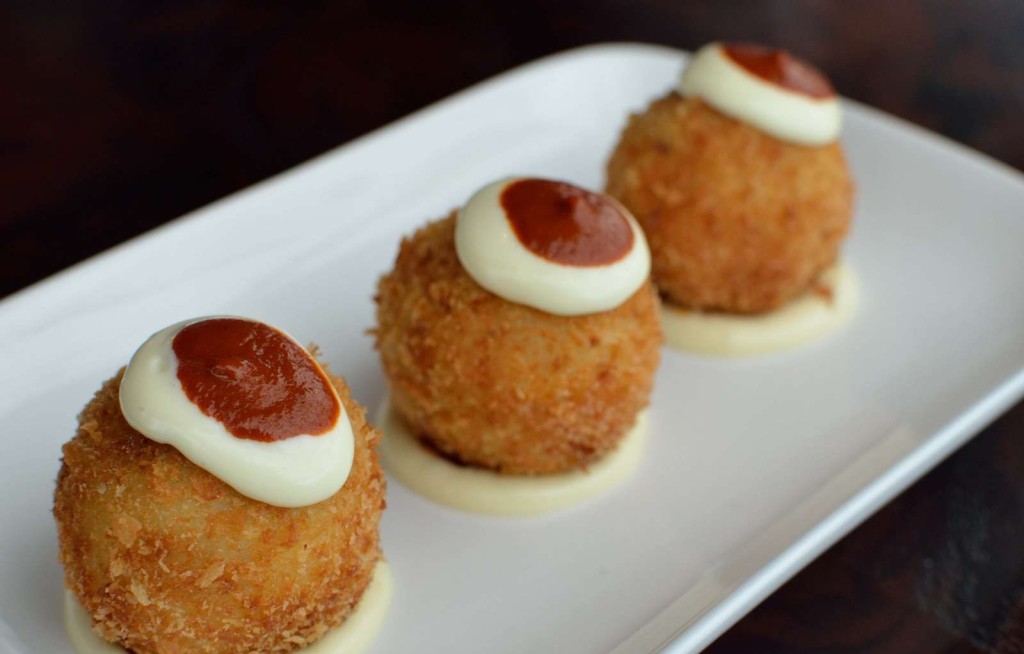 Do you want to try some real Barcelonian beer? Then you have to get a bottle of Estrella Damm Beer as it is a popular beer made in Barcelona. August Kuentzmann Damm a guy originally from Alsace founded the brewery in 1875 and the brand soon became one of the most famous ones in Spain. The beer is also called Mediterranean Lager Beer because it was adapted to the warm climate and is much lighter than the central European beer types. The latest innovation of the Damm brewery is a beer called Inedit refined with spices like orange peel, cilantro or licorice. But don't be surprised: Inedit is being served in a white wine glass. 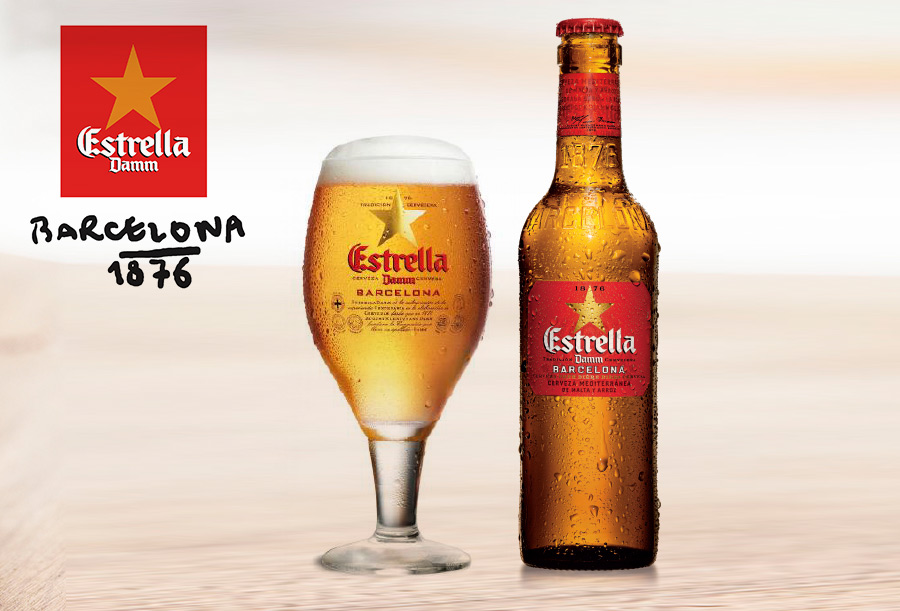 A real celebrity made in Barcelona is the opera singer Josep Carreras who was born in the district of Sants. In its prime his voice was regarded as one of the most beautiful tenor voices of that time. During his previous career he impersonated more than 60 roles and performed in the world's leading opera houses. Together with Plácido Domingo and Luciano Pavarotti he started the operatic singing group the Three Tenors. You know that one right? Carreras also never stops to emphasize how much he loves Catalunya and Barcelona in particular. So next time you hear him sing remember that he started his career in this beautiful city. 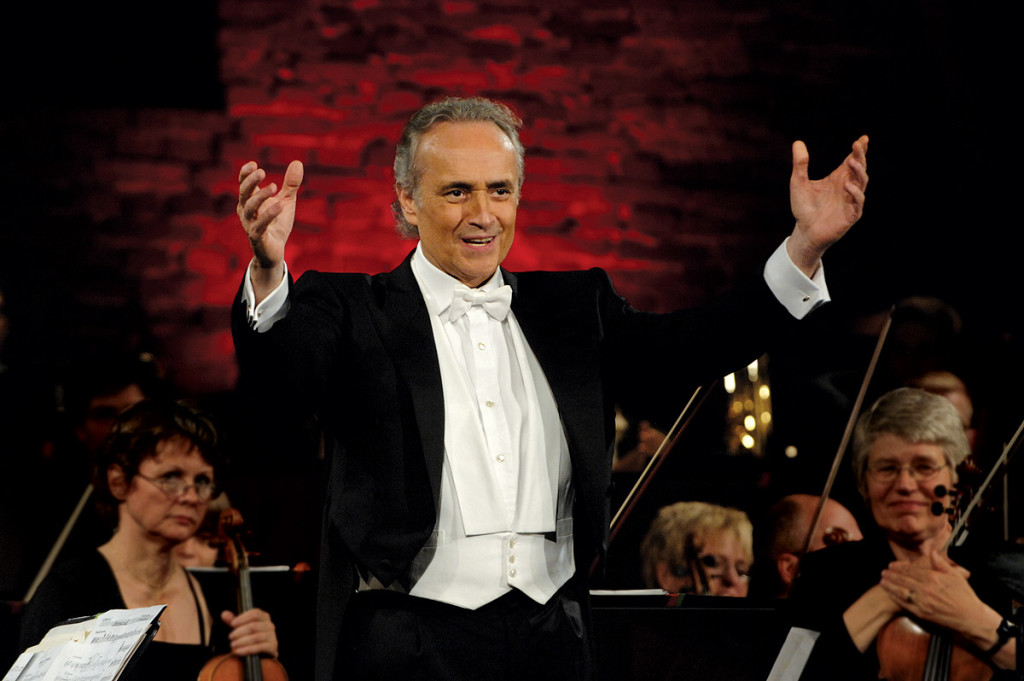 A brightly smiling fish - that is the trademark of the world-renowned street artist El Pez from the Barcelona Suburb of Sant Adriá. Since 1999 he has practiced his trade on the streets of his hometown as well as in urban spaces in London, Miami or Bogotá to name just a few. The figure of the grinning fish is supposed to spread positive vibes to the people passing by, using the smile as a universal and timeless language. However the fish is not his only character. Over the last years El Pez has been creating several other motives like demons, angels, martians and giraffes. The one thing all of them have in common? Right, an infectious and big unique smile. Nowadays he is showing his art in galleries, international art fairs and festivals. A real personality made in Barcelona. 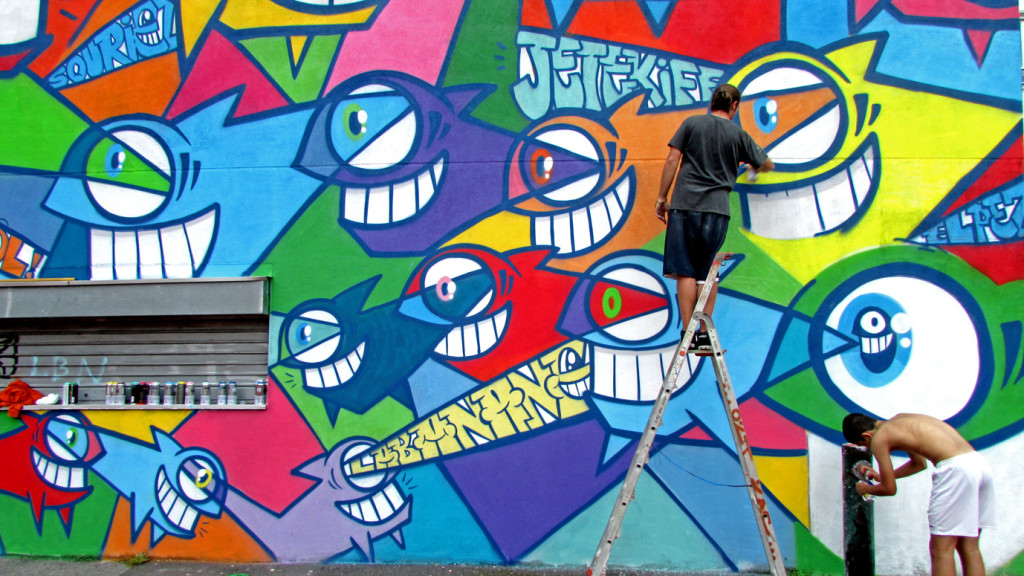 Last but not least of course when thinking of things made in Barcelona we absolutely have to mention the Sagrada Familia. The church is one of the most famous landmarks of Barcelona and has been for years. What's so special about it you want to know? Apart from the extraordinary design, the funny thing is: up until this day the construction works on the Sagrada Familia aren't finished yet. They started building the church in 1882 and in 1883 the spanish architect Antoni Gaudí became involved. According to the latest plans the construction should be finished in the year 2026 which is also the centenary of Gaudí's death. But who knows for sure? At least there are still some of the project's greatest challenges waiting to be build. 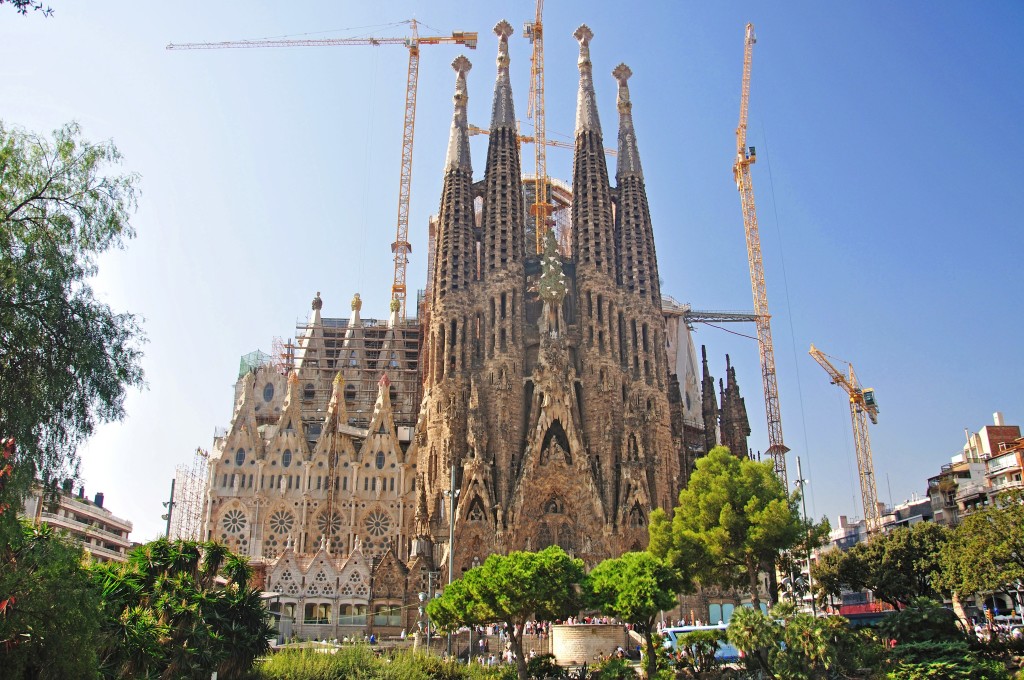 We hope you enjoyed our top list of creations made in Barcelona and that we maybe even surprised you a little bit with some of them. Do you know any other interesting things that absolutely have to be on our list? Let us know in the comments below and we will add them. - Annika