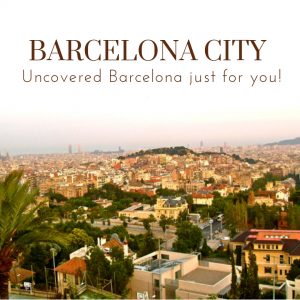 How well do you know Barcelona City?

Barcelona is unforgiving by way of entertainment and like it or not after a very short time living in this City you'll know what Barcelona bars serve up the best drinks, what Barcelona restaurants serve the best Barcelona Tapas, where to shop, when to stop , and even have a favourite Barcelona Beach. Barcelona City is littered with advertisements, posters are pasted carelessly on to walls, thousands of leaflets are handed out daily and you'll even hear the odd instantly recognisable sound of a helicopters rotar blade slicing through the sky with a giant banner in tow. Everywhere you look there's an invitation to discover something new and before long you yourself become a walking A-Z of Barcelona. However, have you ever sat down and considered how well you really know Barcelona City? There'll be a small majority out there who appear to know everything, characters with such a wealth of knowledge they impress and astound even the brightest of folk. Yet, with a past and present as colourful, complex and diverse as Barcelona's it is impossible to know it all! So read on and make room for a few more nuggets of information about Barcelona's past and present that may have escaped you until now.

When it comes to famous faces gone by and remarkable Barcelona architecture archives definitely border on the verge of impressive. The city is drenched in history and for every building, structure, space and name there is a story to be told. Look up and marvel at the impressive La Seu Cathedral, Sagrada Familia, and Casa Batlló. Wander through Parc Guell and be blown away by Gaudi's incredible us of colour. Take a glimpse at the famous Picasso museum or go in search of the impressive collection of photographs from Dali's life currently exhibited in the old town. So, where did it all start?

Legend suggests the city was founded by Hercules, 400 years before Rome however, others argue the city got it name from the great Barca family of Carthage and was founded in the 3rd century BC. This City is constantly full of surprises and the unsolved mystery of how Barcelona came to be only adds to its intrigue. Along with its history,  Tapas is the word commonly associated with Barcelona City. Few have been here and not sampled Barcelona Tapas. Suffice to say every other restaurant you walk past specialises or at least dabbles in tapas. Thousands flock daily to the hugely popular haunts like Xampanyet whilst others take a smaller, less crowded approach to the Barcelona Tapas dish. Whichever way it comes it may interest you to know that Tapas isn't a type of food. Tapas is a way of eating food, a small dish, mainly taken with a drink. Alongside Tapas, many who know Barcelona City also associate it with the magnificent, spectacular Flamenco performances that are showcased here. In fact, "Flamenco dance" is a phrase that's echoed all over the City. Fascinating then to discover it isn't predominately a dance! In fact Flamenco contains four main elements, the Guitar, the vocals, las palmas (hand claps) and in fourth place comes the dancing. It's also interesting to learn that Flamenco originated in the South of Spain (and isn't even really a Barcelona tradition) especially when you consider that Barcelona City does Flamenco so very well.

Loving Barcelona City comes from a mixture of history, of traditions and of what's been introduced more recently. Nowhere, will you find the combination of New and Old living so perfectly in unison. For the city's modern society it wouldn't be the same without the lasting stretch of sand that creates the Barcelona beaches we all know and love. Yet, although the majority recognise that those beaches are man-made, what's impressive is that until 1992 there were none! Yet, for everything we love this City for unfortunately it's not completely perfect and one gripe shared by many living here, often involves the chaos of the traffic. In today's society Barcelona City and traffic go as hand in hand as a red rag and a bull, quite aggressively to say the least. However, the extent of the anarchy on the roads only becomes apparent when you look at the facts. Some suggest at one time there was an accident happening every 90 seconds! Probably why a large amount of people choose to walk. Also, bearing in mind there's a whole 130 acres, thats 260 football pitches, dedicated to walking zones why wouldn't you? So, next time youre stumbling through this familiar City just stop and think. Question how much you actually do know because in reality when you start digging deeper, Barcelona City has a tendency to reveal some hidden secrets making it all the more exciting. - Kerry Jessop